We will be collaborating with TKI CLICKNL, Improvive, Dutch Game Garden, First Look and the 10th edition of the Dutch Game Awards. The day will start off with a networking lunch and will be followed by an inspiring Keynote Speaker before the Masterclasses begin.

Full program details can be found on the Dutch Game Awards event page!

The DGA networking lunch and masterclasses will be held in the Beatrixgebouw, Utrecht (Jaarbeursplein 6, 3521 AL Utrecht). Visit Jaarbeurs’ site for detailed directions.

Posted at 15:22h in Entertainment, News

GAMESCOM & DEVCOM: LOOKING BACK
Gamescom 2017 attracted nearly 355.000 visitors this year. We can conclude that the Dutch games industry plays an important role internationally nowadays. The Holland Pavilion was again very well visited and another edition of Dutch Courage (a showcase with Dutch game developers) was successfully held.

Furthermore, we can proudly look back on some talented and inspiring developers that made a difference at gamescom & devcom; Turtleneck Studios (Rite of Ilk) won the Rising Star Award and the Best Game Award at the Indie Arena Booth. Paladin Studios (Stormbound Kingdom Wars) won Best Mobile Game.

06 Sep Play Anything with Ian Bogost

CHI PLAY 2017 is among the major international conferences on computer-mediated play and games, and will take place in Amsterdam from October 15 – 18. The CHI PLAY Series provides a forum for academics and practitioners to discuss play, games and human-computer interaction (HCI).

For the ones not attending the full academic conference, you still can become part of this experience and attend the opening Keynote on Sunday Oct. 15th for a special rate! Product designers graphic designers, animators, web designers, industrial designers or architects – designers of all stripes can learn from playfulness. Award winning game designer Ian Bogost is here to teach us that play isn’t a mindless escape from boring reality. Instead, play is what happens when we accept limitations, narrow our focus, and – consequently – have fun. Which is also how to live a good life.

Find out more about the keynote and order your tickets here.

After a couple of months of planning, we’re happy to announce the launch of our new website. We hope you like the fresh new look and the improved navigation that will allow you to find information faster and easier. We have specifically intended the website to be clear and easy to navigate. We are continuing to update the website with useful information about our work and useful information on the Dutch games industry, our members and more.

Feel free to contact us to let us know what you think of our new website – all comments and feedback is welcome. Please let us know if you cannot find something or would like to make any suggestions for new information or topics.

The goal of the conference is to highlight and foster discussion of current high quality research in games and HCI as foundations for the future of digital play. To this end, the conference will feature streams that blend academic research and games with research papers, interactive demos, and industry case studies.

Dutch Games Association is an official partner of LEARNTEC 2018: LEARNTEC is the leading International Trade Fair and Convention for learning with IT which will take place from 30th January – 1st February 2018 at Karlsruhe Trade Fair Centre. The partnership offers DGA members special discounts and benefits.

The 25th LEARNTEC, which took place at the Karlsruhe Trade Fair Centre from 24 to 26 January, was larger than ever. With over 7,500 international professional visitors and congress participants from more than 25 countries, the organizer’s high expectations were fulfilled (2016: 7,250 visitors). “The growing importance of digital education is also evident in the stimulating atmosphere that prevailed at the fair and that was echoed in social media”, said Britta Wirtz, CEO of Karlsruher Messe- und Kongress-GmbH.

Email us if you want to learn about discounts and business opportunities contact@dutchgamesassociaton.nl

Posted at 10:21h in Entertainment, News

Thank you everybody that attended our first DGA DAY in 2017. We shared existing news, we introduced our new board and operational team and we witnessed some of the most inspiring, innovative talks of the moment. We look back at a very successful event and we look forward to seeing you at the next DGA DAY in autumn! 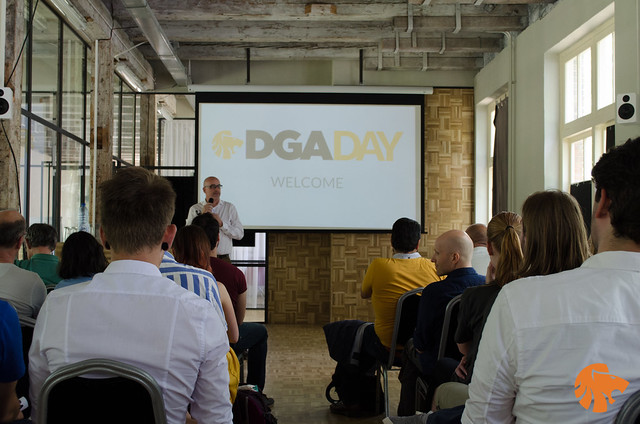 Posted at 14:19h in Entertainment, News

The 10th anniversary edition of the Dutch Game Awards will be held on 6 October 2017 during the Firstlook Festival at the Jaarbeurs in Utrecht. The awards, in the shape of a cyber owl, will be presented to the best Dutch games and game companies. Firstlook Festival, also celebrating its 10th edition this year, will be the host of this special edition. In cooperation with Gamekings, Dutch consumers will also be able to vote on their favorite Dutch game. Companies and students can now register their games at dutchgameawards.nl until 10 July.

A new award has been introduced, the Best Virtual Reality Game. Dutch studios have shown that they can make great games in this new genre. The tactical game Landfall and the zombie game Arizona Sunshine are nice examples of the quality of Dutch VR games made in the past year.

After 10 years, it is now also time to celebrate the best Dutch developer or studio with a Lifetime Achievement Award. The Award will be presented to the person or company that has made the largest contribution to the Dutch game industry in the past 10 years. The Dutch Game Awards organization will determine the winner in collaboration with her patrons. Everyone can propose candidates through the special form on the website.

ABOUT THE DUTCH GAME AWARDS

To enter the competition, games can be registered for the Dutch Game Awards starting 21 June at the website dutchgameawards.nl. Registration is open until 10 July, end of day. Companies from the Netherlands that develop games or contribute to the production can register their games. The competition is also open to students. Registration will be open until 10 July, end of day. Mid September the nominees will be announced. In total there are 16 awards. A professional jury will determine the winner for 14 of these categories. Gamekings will determine a winner for the audience award together with their viewers, and the patrons of the Dutch Game Awards will determine the winner of the Lifetime Achievement award. An overview of all the categories can be found on the website of the Dutch Game Awards. The awards will be presented at the Awards Dinner during Firstlook Festival on 6 October in the evening.

The Dutch Game Awards are made possible by a contribution from the Ministry of Education, Culture, and Science, and by the support of a large number of patrons within the Dutch game industry.

Posted at 14:15h in Entertainment, News

The successful Dutch game developer GamePoint has acquired the Israeli company Luck Genome, says Amon Endt, CEO of GamePoint. GamePoint, founded in 1998, has a global presence in multiplayer social games and is well known for GamePoint Bingo and GamePoint RoyalDice. Luck Genome, based in Tel Aviv, is the company behind the successful game ‘Slots Craze’, playable on Facebook, Android and iOS. The acquisition demonstrates GamePoint’s ambition to further develop within the social casino games market in the coming years. With ‘Slots Craze’, GamePoint extends its influence and portfolio, both on web and mobile platforms, and takes a big step in the mobile games market. Luck Genome will continue from its existing Tel Aviv headquarters which will now also function as GamePoint’s new foothold in Israel.

“We added a strong and motivated team of specialists with valuable knowledge in the industry. This knowhow and the knowledge of the product gives us a head start in the current, fast changing world of social casino games, with which we can further strengthen our market position,” says Amon Endt, CEO of GamePoint.

Worldwide growth market
Slots games are digital versions of the well-known casino machines and have become immensely popular. The worldwide market for these games is huge and rapidly growing, with the biggest growth expected on mobile. More and more players leave traditional PC and console gaming and move to mobile devices to play games.

“The online social casino industry is constantly moving and rapidly growing, mainly on mobile. With this expansion, we take a big step in our ambition to grow in social casino games,” says Endt.

Multiplayer social games
GamePoint is a strong player in the multiplayer social games market. It excels in games which are played by multiple players at the same time and include social features, like a chat functionality, which players can use to chat with each other. Becoming friends with other players in these games is rewarded with, for example, in-game currency.

“The Social Casino market is in a tremendous growth momentum, and joining GamePoint, which is a significant player in this field, is expected to help us in our global expansion efforts and the realization of our potential,” says Guy Ezra, founder and CEO of Luck Genome. “In the past two years we have achieved stability, growth and profitability by optimizing the product. In order to achieve our ambitious goals, we need a strong global partner – like GamePoint. GamePoint is a natural match to Luck Genome that complements each other. GamePoint is an amazing company with an impressive history, outstanding performance and an excellent organizational culture and team. We are excited to embark on a common path and achieve our goals.”

About GamePoint
GamePoint B.V., founded in 1998, is a worldwide leader in real-time multiplayer gaming, well known for GamePoint Bingo and GamePoint RoyalDice. GamePoint’s strength is in fostering a strong and close community of players. In 2001, it launched Spelpunt.nl, a website gathering multiple social games. After the success of Spelpunt, the first game, Bingo, was launched in 2004, using virtual currency. For more information, visit www.gamepoint.net.

Dutch Games Association partners with RAGE (Realising an Applied Gaming Eco-system), the European flagship research project that develops advanced software components for (applied and entertainment) games with the goal to strengthen the Dutch (applied) game industry and making it the most advanced and leading game industry of Europe.

Game studios are now invited to check out over 30 alpha-version components at rageproject.eu. Components are available for social gamification, real-time emotion recognition via webcam, virtual characters (affective AI, procedural animation of gaze and gesture, emotion expression), automated adaptation, secure xAPI learning analytics, natural language processing, performance statistics and more. By reusing components rather than “re-inventing the wheel” (or trying to do so) game development becomes easier and more efficient. Since most components carry the Apache-2 open software license, the software can be forked and changed at will, and may be assigned a different license for commercial closed or open source usage.

Dutch Games Association has negotiated special support from RAGE for the studios that try-out components. They will be favoured with a hotline connection with the principal RAGE developers to discuss questions or ideas.The link with RAGE fits into the ambition of the newly appointed board of Dutch Games Association, to make the Dutch game industry the most creative, advanced and leading game industry of Europe. Since early 2017 the DGA board is composed of Hans Luijckx (IJsfontein), Maarten de Rooij (Fontys Academy for Creative Industries), Simon Usiskin (IQU), Maarten Stevens (8D Games), Rob Hulsen (Hulan), Wim Westera (Open Universiteit, involved in RAGE) and Horst Streck (Gamifier), and thereby covers key expertise in entertainment games, applied games, game research and game education.

ABOUT RAGE
The RAGE project (Realising an Applied Gaming Eco-system) is a European research initiative, funded by the Horizon2020 Programme of the European Commission, focusing on developing, transforming and enriching advanced technologies for making the development of games easier, faster and more cost-effective. www.rageproject.eu

ABOUT DUTCH GAMES ASSOCIATION
Dutch Games Association was founded in 2008 to help create a healthy climate for the Dutch games industry. With over 100 members its mission is to help the industry reach its full potential by connecting, serving and inspiring the industry and beyond on a national and international level. www.dutchgamesassociation.nl